Gillette ‘We Believe the best a man can be.’ 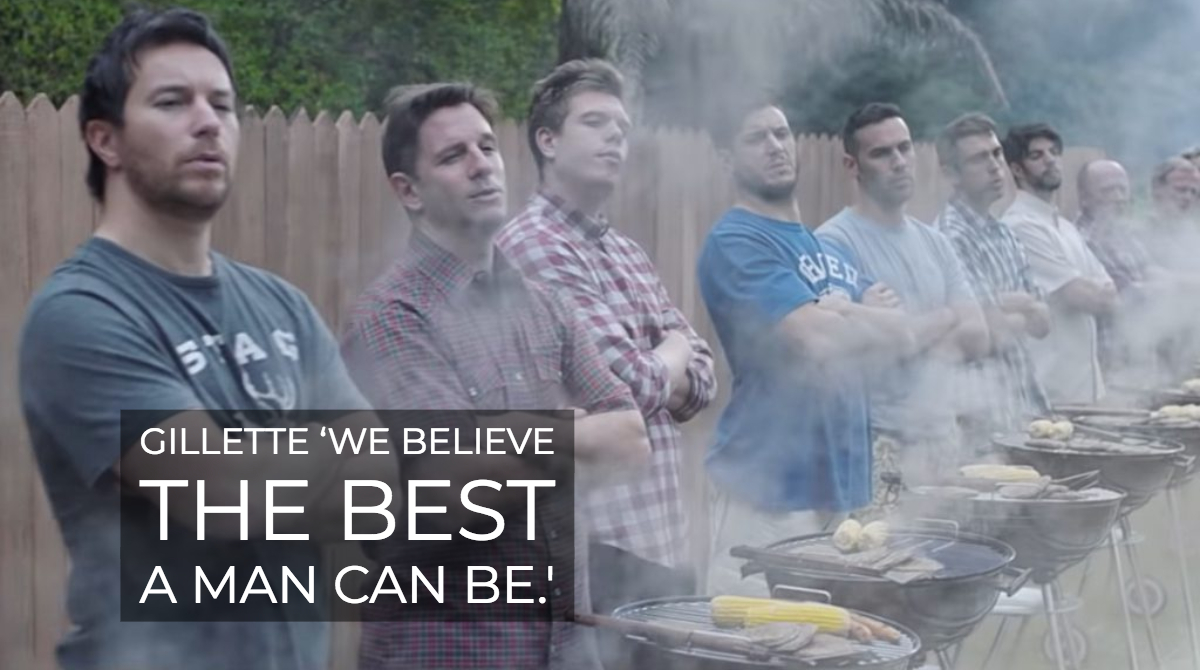 "Boys will be boys."

Recently Gillette dropped their first advert of 2019, it’s messaging a response to the #MeToo and #TimesUp Movement we’ve seen rise up in the past year. A movement where women are coming forward and standing up for themselves to ensure they’re treated fairly and ensure people are held accountable for their wrongdoings.

Their Short film has been out for a week now and their video on YouTube has already gained 24,117,529 views and has encouraged conversations surrounding its topic, marketing and if brands should weigh in on such issues. With so many views, it’s currently at 656 thousand likes while it dislikes total sitting at 1.1 million!

There have also been 338,334 comments in their YouTube video with thousands of mixed reviews, though as I look through them now most of them are negative. (As of 21.01.19 at 10:35 am on YouTube.) In a way, this ad is very similar to Nike’s Colin Kaepernick advert, which gained staggering publicity and had a very mixed reaction as well. You can read what we had to say about it here.

This advert isn’t aimed at all men, they are not saying the entire population of men need to learn from this advert because that isn’t true. This advert is aimed at the group of people who come under the label of toxic masculinity. It’s a phrase that’s misunderstood and can cause issues when none were intended.

‘The phrase is derived from studies that focus on violent behaviour perpetrated by men, and—this is key—is designed to describe not masculinity itself, but a form of gendered behaviour that results when expectations of “what it means to be a man” go wrong. - Tolerance‍

It’s an advert that plays on the brand's tagline ‘the best a man can get’ that was first introduced in 1989 and turns it into a question, highlighting the behaviour of some men and how their behaviour is just accepted, tolerated and laughed at to treat others without respect. It isn’t an attack on all men or masculinity as a whole, but it is drawing attention to the men that do behave unacceptably, whether it be through violence, bullying or harassment.

There has been a lot of hate and throwback since this advert was released with some thinking the advert is an attack on the male gender as a whole when in reality it is simply calling out to those who react in ways that are unacceptable and should never have been tolerated. Gillette are being called out for 'lecturing' their audience and stereotyping the male gender. Many have refused to no longer buy their products in an attempt to rebel against them.

Whereas others have seen the advert as nothing a good way of highlighting toxic masculinity and asking men to take a stand, to help the generation grow into the best man they can be and they can only do that if you lead by example.

Along with this advert and a shorter version, Gillette has stated a larger plan that you can find on their website, one that they’re going to continue to do to help encourage change. They are going to “actively challenge the stereotypes and expectations of what it means to be a man everywhere you see Gillette” and they plan to donate $1 million per year for the next 3 years to “non-profit organisations” that help inspire and educate men to become the best they can be.

It’s an interesting and worthwhile business plan and an interesting marketing concept, however, all of the media attention surrounding this advert, the likes and shares of its video on Youtube are great because they’re getting people to talk about your brand and any press is good press. Ultimately, it will be interesting to see how this advert will impact Gillettes revenues and sales. Will it improve like Nike’s did after the Kaepernick ad? Or will it have a negative effect?