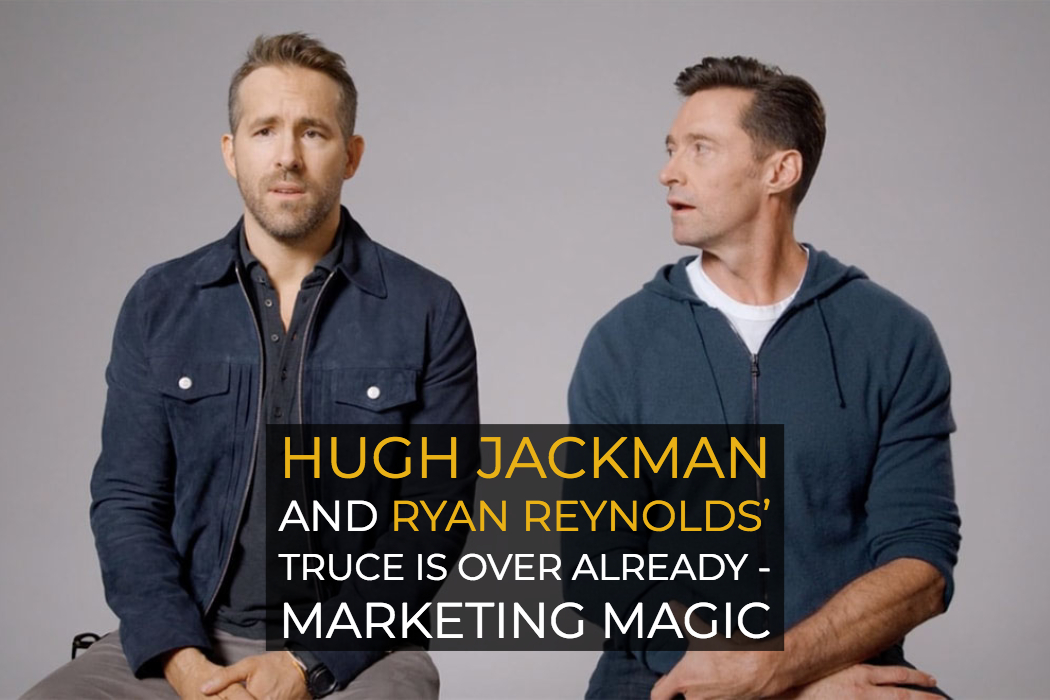 At this point, everyone has heard of Ryan Reynolds and Hugh Jackman. The two actors once shared a scene in  X-Men in 2009 when Hugh Jackman's Wolverine brutally ended Ryan Reynolds' Deadpool, making it extremely difficult for Reynolds to get his own Deadpool Franchise off the ground.

Ever since there has been a ‘feud’ between the two of them, each going out of their way to try and be the one to have the last word, sharing videos and snarky comments on social media, unashamed to be brutal in a takedown.

Of course, we know there is no real malice behind their ‘feud,’ even if Reynolds tried to convince people not to vote for Jackman for the Oscars with a campaign claiming he was lying about where he came from. While Jackman has let his dog go to the toilet on a magazine with Reynolds on the front. Their ‘feud’ is for entertainment purposes, it gives them something fun to work on while entertaining their fans and giving them something to talk about it. All in all, it is also a brilliant marketing technique, that clearly works because I have been invested in this feud for years.

Recently the two decided to call a truce and end their ‘feud.’ To show each other how serious they were about it, they agreed to make adverts for each of their respective companies. Hugh Jackman was to create an ad for Aviation Gin, while Reynolds was to create an ad for Laughing Man Coffee, a charitable coffee company Jackman set up years ago (both very real.)

Check out the short film they released, revealing the adverts they’d been working on.

Reynolds produced a beautiful advert that highlights the benefits of drinking

Laughing Man coffee with some fantastic hughmour in there (get it?) It truly is a great advert that could, should I say will do wonders for the company (companies?)

Jackman is clearly shocked as Reynolds reveals it ‘cost’ him $1 million dollars to make and tries to avoid showing his advert. Of course, the ad must go on, only for us to see Jackman sat in a fancy room, slamming Reynolds and watching as he literally pours a bottle of Aviation Gin on a table. Reynolds looks utterly broken while Jackman claims that he didn’t realise the truce was real. Soon the logos for both companies appear on screen  - remember this is an advert after all, while Jackman makes small talk. Ryan Reynolds shared this video on Youtube on the 6th of February and at the time this article was written (12th February,) it already has 4,467,747 views, over 6,000 comments and 210,000 likes.

Reynolds is a household name, Jackman too so it really comes as no surprise what the two can achieve when they get together to market not only their brands but themselves. Their ‘feud’ whether they meant it to be or not, is a form of marketing. They make fun of each other and people talk about it, the more it’s talked about, the more exposure they get. The same will work with this latest video as well, I’ve already seen so many people talking about this on social media, some having no idea Jackman even owned a coffee company - well they do now.

It is incredible how much power celebrities have when they use social media as a platform to communicate and market themselves or their products, even when we are completely unaware that that is what they’re doing.