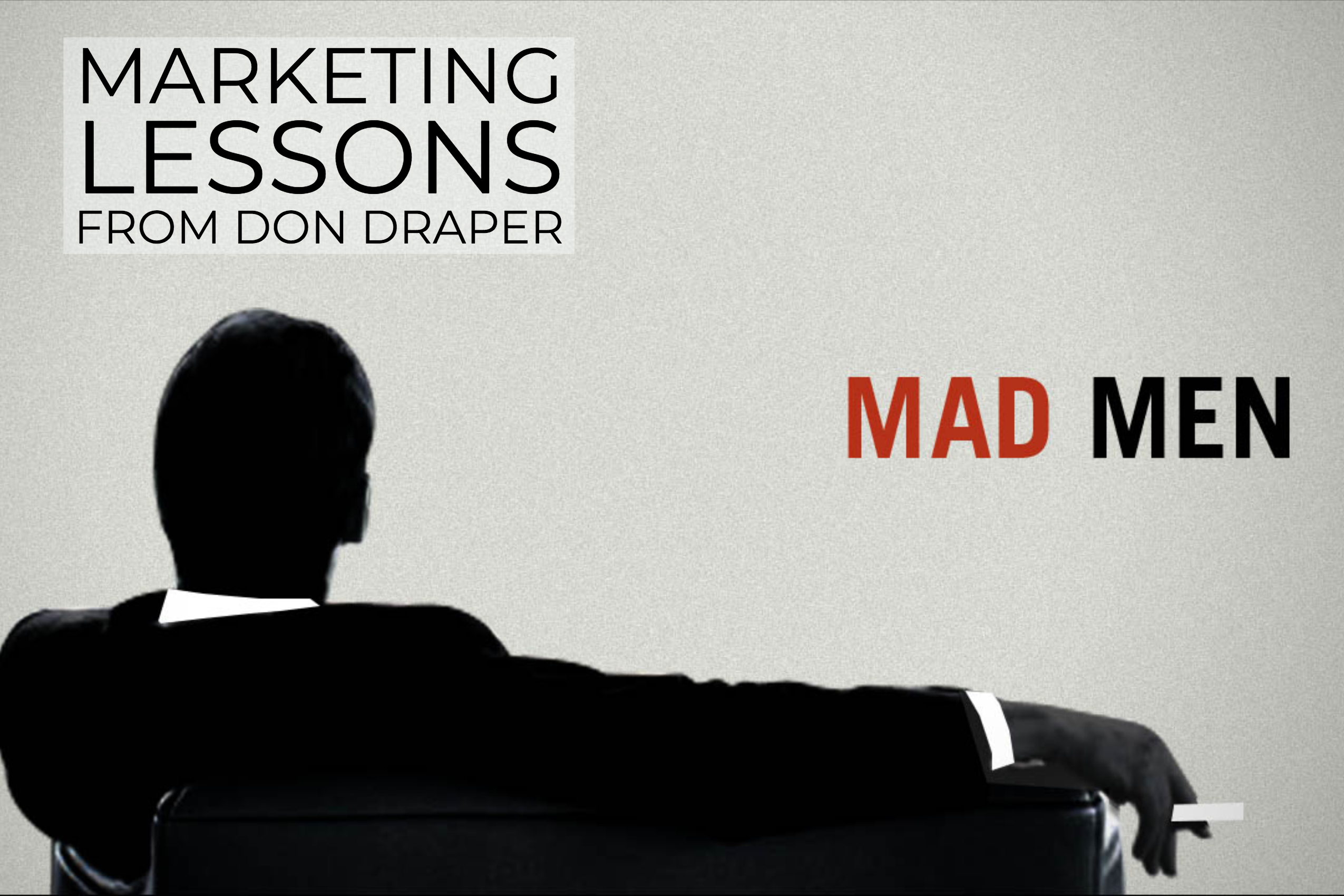 "What you call love was invented by guys like me, to sell nylons.” - Don Draper

I think I mentioned before that I am a huge MadMen fan and even though the show finished in 2015 it still remains one of the most critically acclaimed shows of the recent years. The AMC drama is amazing on so many levels, storytelling, character development, outstanding acting, music, costumes, the spirit of the era described in so many details and the list goes on and on. But one of the very satisfying moments is always Don saving the day and sealing the deal with his amazing pitches.

For those who don’t know MadMen is set in the late 50s, early 60s and tells a story of people working in an advertising agency on Madison Avenue during the golden age of advertising. The show is very atmospheric and draws the viewer in with some very fine acting and has more nominations and awards than I can list.

Every time they meet a client, MadMen characters deliver a pitch which is good fun for any marketer to watch. You can call it the ABC of marketing, but I will say those core techniques are the hardest to capture without going incredibly wrong. And when you manage to do it, you get that campaign that wins Cannes Lions and sells millions. So here we go.

I will start with Don’s first ever pitch when he has to sell tobacco, but now unable to claim it’s good for health. Talking to the tycoons, unable to position Lucky Strike as the healthiest cigarettes anymore, Don comes up with a new slogan on the spot and talks about what advertising is really about. “It sells happiness,” he says “and you know what happiness is? Happiness is the smell of a new car, its the freedom from fear. It’s the billboard on the side of the road that screams, with reassurance, that whatever you do is ok. You are OK.” he tells the room and as he pitches his new idea. We can see the glare in his eyes, the enthusiasm and creative high you get when you hit that great idea. We all know it, its rare but so damn satisfying and this is why we do what we do. Just watch it.‍

2. We sell the perfect simplicity -   Pass the Heinz

Short and spot on, the best practice. What I love the most about this pitch is how Don handles the clients who are not 100% sure about his brilliant idea and still want to add bits to it. We all experience this, marketing agencies have to handle similar situations on a daily basis - simplicity, while hugely appreciated by marketers, is often overlooked by the clients. People want their brand out there screaming to be bought, while the trick is to find that very simple line that communicates with the customer. Explain it with as little as you can, be on point -“Just do it,” “I’m lovin’ it,” “Because you’re worth it.” “Ideas for life,” “Think Different” See? I don’t even need to name the brands, you know them. The simplicity of the slogan and the simplicity of your concept is that holy grail all marketers seek. And the line is so very, very thin from the genius simplicity to amazingly dull - and that’s the trick!

Yes, yes it’s not a Don pitch, but it doesn’t matter. Peggy fought for her right to pitch her ideas in a mans world. For a couple of seasons we witness Peggy’s steady and stubborn movement from a secretary no one takes seriously to a confident businesswoman and she deserves to be in this list as much as anybody else. When she is finally given a chance to pitch, she links the man landing on the moon with selling burgers in a family restaurant. She talks about innovation, the thrilling technology, like television and space and then links it to home and family and having dinners together.

4. We sell the luxury of the unreachable - Jaguar

The Jaguar pitch is one of the hardest ones to like. It is extremely sexist and thank God would be frowned upon today. It positions women as playthings and items of luxury. But while times have changed, the fact remains the same. We are sold on the luxury of things we can never have. We are blinded by the beauty, by the status those things bring - a diamond, an expansive bag, membership in a club, a hotel room, a Jaguar. It has always been there and it still is one of the key selling points. It doesn’t just make you want it, it makes you desire it and desire is so much more than want. Desire is what makes you take out a loan and work overtime, it makes you overspend on things you cannot afford. It consumes you. Desire is something you cannot simply shake off.‍

‍The biggest one of them all. This one is classic and everyone who watched the show loves the carousel pitch - “Nostalgia, it’s delicate but potent,” says Don, “it takes us to a place where we ache to go again.” A deep connection with the product, the promise of something we lost and we want back - the warmth of home is why we take out huge mortgages; the taste of childhood is why we massively overspend on Christmas. That smell of freshly cut grass, crisp clean sheets, sunshine through the leaves… Those are the things we want back but struggle to grasp, those things sell so well. But what fascinates me about this last concept is the extremely fine line that is divided from cheesy, cheap and yucky. It can go the other way so quickly and finding the balance between is the magic. The magic that makes us marketers get up in the morning and do our job. Because new becomes old so soon and what you want for your product is to be timeless.

The fact is that though times change, humans are still driven by the same triggers. No matter the product, Roger's Diffusion of Innovation applies to everything that’s new, while the emotional link creates brand loyalty and makes the product sell again.

Enjoy the videos above and drop us a line if you would like to discuss how your brand can be positioned on the market.