Marketing - The Art of Storytelling 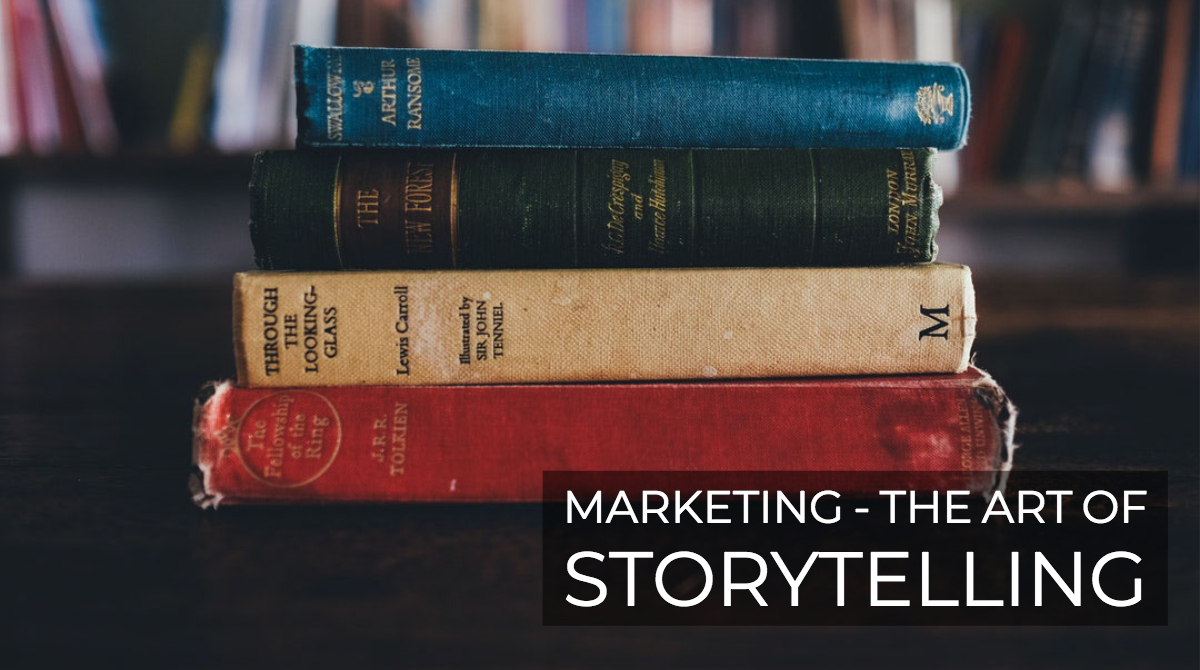 No longer can we create adverts that simply push the product, we as an audience, don’t care about it anymore. What we need now is to be told a story, a narrative in which we can become invested. One that keeps us watching because we need to know how it will end. If you want a successful marketing strategy, you need to have a story to tell.

I don’t mean stories like Beauty and the Beast or Harry Potter (though that would definitely appeal to a certain demographic,) I mean a narrative that highlights the product and the brands' values. McDonald’s is a good example because you tend to follow someone on a journey, which ultimately ends in a McDonald’s restaurant, but the narrative is there to keep you invested.

The above advert tells a sweet story about a Dad and his little girl as they spend the day together doing a variety of things, you wouldn’t know it was a McDonald’s advert until you see those signature yellow arches, by this point you’re already so invested in the story it makes it easier to process the information being sold to you like a narrative, rather than an advertisement for McDonald’s and their self-service machines.

Another new and recent advert that pulled at the Nation’s heartstrings was a group of children performing ‘Bohemian Rhapsody’ and it is a beautiful advert that has your eyes glued to the screen as you watch this creative, inspired child-friendly version of Queen.

Only then after the smiles and ‘aww’s’ do you learn it’s an advertisement for the John Lewis & Partners latest rebrand. Though the advert is for John Lewis, it is a beautiful, compelling narrative that holds your focus and then the logo appears - making the focus on the narrative as it’s easier for us to remember a story associated with a brand.

Using this as an example, my friends were talking about this advert the other day and one of them said ‘the new advert with the kids doing Queen’ while another friend quickly jumped in with ‘oh, you mean the new John Lewis advert?’ Someone mentioned the narrative and the brand was instantly recognised.

Both of these adverts have one thing in common; a compelling and emotionally investing narrative that doesn’t necessarily relate to the product, one that will appeal to its audience and maintain their interest forever more as it sticks in their minds. Though this is a proven tactic by now, there are other effective ways to tell your audience a story without being too emotionally focused.

There was an advert years ago that was a huge hit, I remember the waves when the advert was released. All I’m going to say is the word ‘gorillia’ and give you a second, though I’m sure it wasn’t needed.

I’m sure you’ve already managed to connect the word to the brand. I am talking about The Cadbury’s Advert of 2007. The one where a Gorilla sits in front of a backdrop of Cadbury’s purple playing on the drums while Phil Collin’s ‘In the Air Tonight’ plays through the speakers.

You can guess/know it’s Cadbury’s because of the backdrop, but other than that it has absolutely nothing to do with chocolate, but that’s why we remember it. It is weird and wonderful and has an unusual narrative but it is just so far out there that it becomes unforgettable.

Cadbury’s had continued using their ‘weird, unusual’ narratives for years, including their ‘Eyebrow Dance’ from 2009 and their ‘Truck’ advert of 2008. These adverts have absolutely nothing to do with the products Cadbury sell but they are memorable because they are bizarre.

That being said, recently they’ve changed their marketing tactic, choosing to focus on emotional storytelling rather than the completely bizarre. Cadbury’s started 2018 with their ‘Mums Birthday’ ad which depicts a young girl trading her possessions, buttons and her treasured little unicorn figurine, for a bar of Cadbury’s to give to her mum for her birthday.

Another memorable advert that they released this year was there advert for Roses chocolates, it just so happens to be their first roses advert in 20 years. It’s a touching advert that intrigues you from the beginning and makes you smile even more when you get to the end when it pulls at your heartstrings.

It might not be true in all cases but a compelling story and an emotional edge are all you need to capture your audience and stay lodged in their memories. That and a good marketing strategy means you’ll be hard to forget. Who knows, 10 years from now they could hear one word and instantly be taken back to your advert, your brand and your story.